“Ok, back home. Did have sex but it was an otherwise unremarkable time, not much more interesting than just staying home. Not going to bother seeing her again. Hope you’re having a good morning.”

In hindsight, it’s not the most tactful message I could have sent Ann.  On the other hand, how exactly do you tell your partner that you got laid the night before?  Especially when you know it’s going to hurt her?

Yeah, boring night, boring sex and causing deep pain to my partner…  A lot of you readers are probably thinking, “Then why the fuck did you do it?” 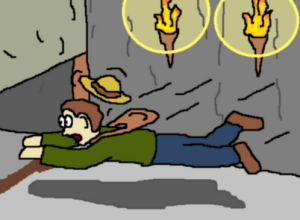 There are a few reasons.

1.  Probably the biggest reason was that I have a serious problem with relationships that aren’t equal.  Ann had her fun in the open relationship, if she wanted to close it that was fine but I was going to have my turn first.  Otherwise, it wouldn’t be balanced.  She was hurt that I had sex but I would have resented her if I didn’t.

2.  I needed to know how I felt after being with another woman.  Would I feel good?  Would I feel bad?  Would I feel guilty?  I needed to know how I felt sleeping with another woman while being in an open relationship with Ann.  If I was all pumped up afterwards that would have told me that my relationship with Ann wasn’t as good as I thought it was.  The reverse was true, afterwards I didn’t give a shit about it and could just as easily have stayed home and watched TV.  That told me that Ann has practically ruined me for other women, not a bad thing except she lives thousands of miles away.

3.  Part of me was really hoping that this would show Ann that being open was okay.  Maybe it would prove that I could go out, have good time, and it would have no negative impact on our relationship.  I’m still the same guy, I still love her, I still pay tons of attention and heap affection on her… sex or lack therof has nothing to do with that.  She understands this in her own life but hasn’t been able to apply that to me.  She has sex and is fine with us, but she hasn’t gotten to the point where I can have sex and she’s okay with it.  I was really hoping that this would be a stepping stone toward something equitable and comfortable for both of us… it wasn’t.

So, my one sexual encounter was the catalyst for us closing our relationship.

If you’ve read Ann’s posts you’ve already seen My Blog Might Be Boring For A Bit, where Ann talks about the results of the date and our decision to close the relationship.  No more outside sex, it causes too many issues.  We both decided it was better to close for now and just work on us.

As Sharn likes to point out, nothing is set in stone and we can always open back up at some point in the future.

All of my concerns about honesty and full disclosure on this blog… well, this pretty much wraps everything up, fills in all the blanks.  This is all the big scenes over the last few days, detailed out, for better or worse, everything from my perspective.  Good, bad, ugly… sordid, not-so-graphic, frustrating, annoying, and everything in between.

I guess that’s life though, good, bad, and everything in between.

I don’t write any of this to drag up any unpleasantness from the weekend, I’m just trying to work through all of this in my own head.  Ann and I are in a good place right now, despite all the craziness this weekend, and that’s really the only thing that’s important.